With a splendid repertoire that draws heavily from the rich traditions of West African performance art, Sangea continues to brilliantly redefine what it means to revitalize tradition and in turn captivate a modern audience. Sangea is a diverse West-African performance group made up of 8 members from several countries in Africa, and from Mexico and Canada. The name of the group means female leader and is a common name given to young girls in Liberia. Established in 2012, the group has grown from being a household name amongst several communities within the Edmonton area to becoming a leader in the forward progression of traditional West-African music, dance, poetry, and theatre in its home province and across the country at large.
All of its growth and success can be attributed to its steadfast mission to preserve and share African culture, to captivate and inspire its audience, and to build cultural bridges through artistic expression. Sangea is the winner of the 2015 Fil Fraser Award for Outstanding Performance, the winner of the Afro-Canadian Heros Artist of the Year award in 2014 and the winner of the 2013 and 2014 Excellent Community Initiative Group Award by Action for Healthy Communities. The group led with the proud support of its audience and its community when it expanded to create an academy division that teaches West-African drumming and dancing. Sangea organizes an annual themed family-friendly concert that is growing to become one of the highest points of the year in Edmonton’s festival calendar. The group continues to perform at festivals, community and private events, schools, weddings, and all other kinds of events all throughout the year. All of the group’s success has not obscured its mission to inspire its audience and leave behind a legacy that reminds all of the priceless wealth in preserving and sharing tradition, and the power of using artistic expression as a medium for inspiring others and uniting all.
READ MORE
Close 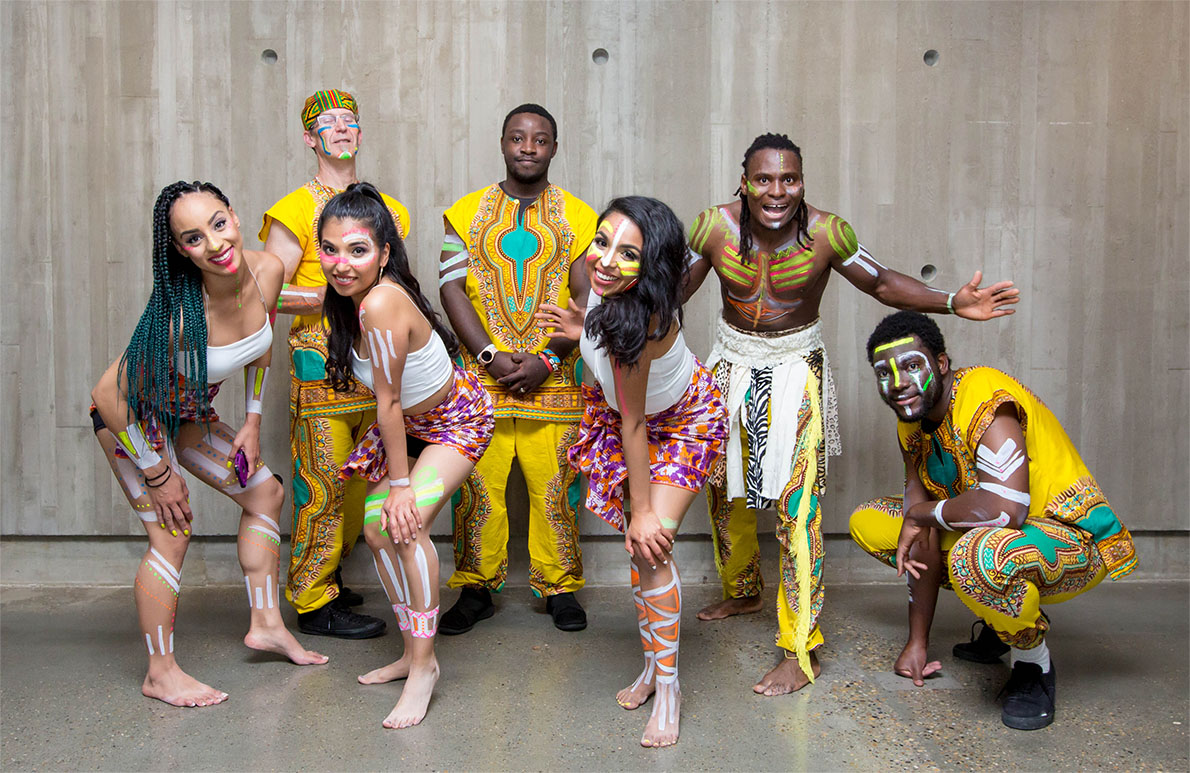 Ereni Perez was born in Mexico City and was raised in Acapulco, Guerrero, a beautiful bay in the Pacific Ocean of Mexico. Growing up in a vibrant and lively port allowed Ereni to develop a passion for art as she began singing at the young age of 8 years old. As a teenager, she had her first performance and sang for a big audience in a talent competition in her hometown. She was also a part of several art expositions in which she showcased her artwork during her junior high and high school years. She was also involved in competitive cheerleading in high school and was a part of theatre plays that were showcased in many events throughout the city of Acapulco such as “Grease”.
Once she graduated from High School in Mexico, her family decided to immigrate to Edmonton, Canada where she joined the church choir of “Our Lady of Guadalupe Parish” here, she had the pleasure of meeting and learning from great musicians who over the time became her mentors as well. In 2011, Ereni and other musicians began “Raices”, a folkloric Latin American ensemble in which she sang and played rhythms from all over Latin America across the city of Edmonton. Ereni was also a member of “New Youth Edmonton”, an African Gospel group in which she was able to display her talent and experience African culture for the first time.
In 2013, Ereni and her husband, Reckie Lloyd, created their dream project together and named it “Sangea”, meaning female leader. Sangea is a West African dance and percussion performing group with over 8 members from different countries of Africa and Latin America. The project’s mission was to become a community program in which Edmontonian youth can experience culture, drumming and dance altogether in a fun environment. As Sangea continued working with youth and delighting different communities in Alberta with their performances, in 2015, Ereni and Reckie decided to further their studies in Guinean drumming and dance in order to offer their community a greater level of knowledge in this industry and undertook Sangea as their family business by renaming it “Sangea Academy”.
While Ereni continued to manage Sangea Academy alongside her husband, her passion for singing motivated her to start a Mexican Mariachi group called “Mariachi Loco Edmonton” that plays traditional and non-traditional Mexican songs and rhythms in which she also gets to perform across the province of Alberta with other great musicians. Ereni continues to run both Sangea Academy and Mariachi Loco while working with programs for youth and children such as the BGRocks after school program, Kepler Academy, Kidspaces, and Africa Centre. Music has allowed her to share her talents and culture in Canada and keeps working to create stronger communities for the youth and children. 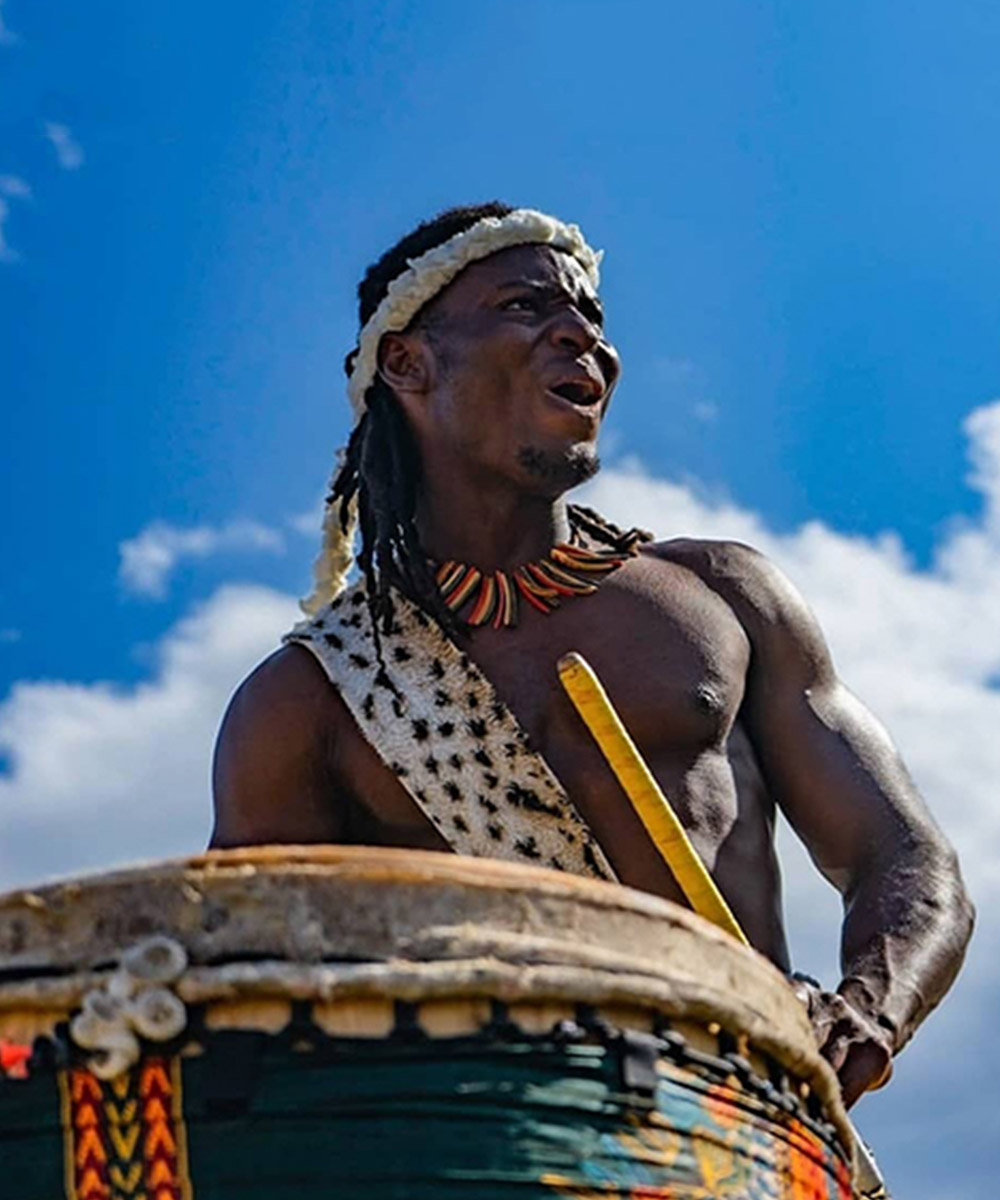 I was born in Liberia, West Africa. At 11 years old, my family and I had to run away from Liberia because of the civil war at the time. We lived in Ghana as refugees for six years before coming to Canada. I came to Canada with my family to have a new and better life. Canada, a place of opportunities, allowed me to explore the arts of West African drumming, dance and visual arts. While doing so, I’m able to celebrate and share my culture. I studied west African drumming and dance in Edmonton, Calgary, Ottawa and Mexico for the past ten years. In 2016 I became the first Canadian certified Djembe (African drum) instructor taught by world renowned master drummer Mamady Keita. After the program, Ereni Perez and I opened an African drumming and dance school “Sangea Academy”. Through Sangea Academy we are able to share and preserve the West African culture while using music, dance and art to build cultural bridges. This helps us create experiences to express the things that have meaning to our Communities.